An Abridged History of the Book 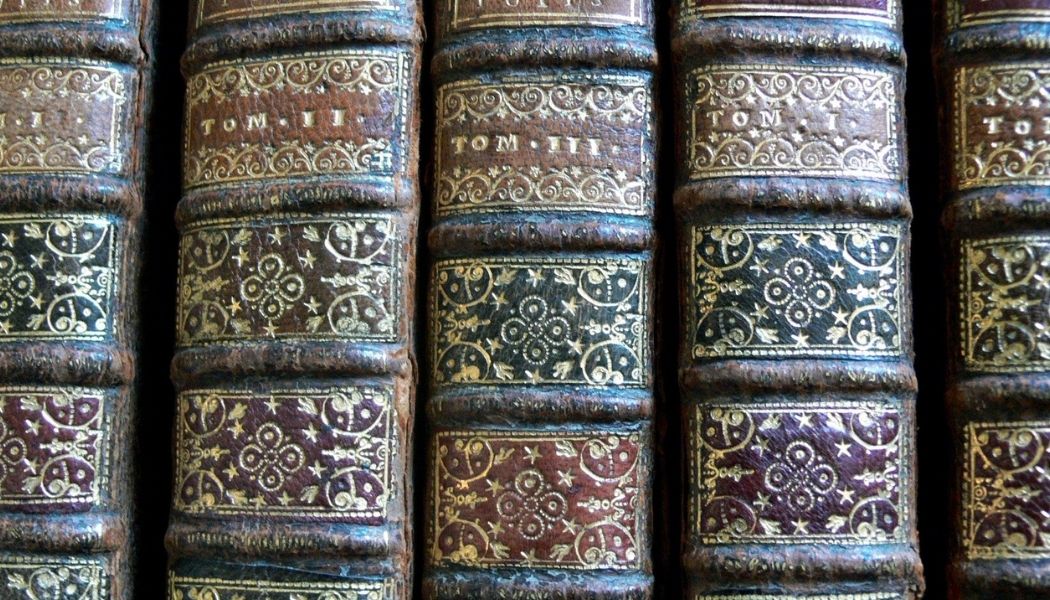 An Abridged History of the Book

In honor of National Library Week, the subject of this blog is an item that changed the nature of human communication forever, as well as an item that libraries could not exist without. This item is the humble book. The history of the book goes back much further than you may think. How far you may ask?

The origins of written communication can be traced back to the time of the earliest humans. The first forms of human record keeping date back over 40,000 years, with an example being carved symbols on Australian Aborigine message sticks (Valentine, 2012). One form of record keeping that everyone is familiar with are cave paintings. Cave paintings represent one of the earliest forms of record keeping and self-expression, utilizing a series of pictures called pictograms to express memories or convey suggestions (McMurtie, 1943). These pictograms would eventually evolve into ideograms, images created to convey thoughts (McMurtie, 1943). It is through the ideograms that we start to see human language begin to emerge. As far as the history of books is concerned, many would argue that the history of the book would begin with a set of linear pictographs discovered in Crete by Sir Arthur Evans at the end of the 19th century (McMurtie, 1943).

The next major revolution in the history of the book would come from the Egyptians. It is widely considered that the Egyptians are the inventors of the physical book with their development of the scroll. Before the scroll, communications could be created using clay, stone, bone, and metal (University of Minnesota Libraries, n.d.). The Egyptians discovered that they could make a type of paper out of weeds that grew plentifully in the region; this reed was called papyrus. Egypt controlled the paper trade for many years (the papyrus reed only grew in Egypt) until the Greeks and Romans discovered that they could create a more durable writing surface from animal skins; they called this material parchment. Ancient Rome can be credited for the next major development in the history of the book. The Romans used wooden tablets coated with a wax material to write on and would eventually develop the codex, the earliest relative of the modern book (University of Minnesota Libraries, n.d.).

Codexes had several advantages over scrolls (ease of use, available space for writing, etc.) and would eventually render the papyrus scroll obsolete in 500 CE, due in large part to the rise of Christianity (University of Minnesota Libraries, n.d.).

The illuminated manuscript is something that almost automatically comes to mind when thinking about the medieval period of history. Illuminated manuscripts are meticulously crafted manuscripts that contained gold or silver beaten into pages of parchment or vellum (another type of paper made from animal skins), along with other materials such as egg whites, arsenic, or saffron, to give the manuscript a lustrous appearance, hence the term “illumination”. The term “manuscript” comes from the Latin “manus” (hand) and “scriptus” (write) (De Hamel & British Museums, 1992). These types of books date all the way back to 500 CE and, before 1450-1500 CE, all these books were hand copied by scribes, many, if not all of whom, were monks living in monastaries (University of Minnesota Libraries, n.d.). The size and quality of the illuminated manuscript depended on the subject of the book and the individual who was using it. Many of these special books were written for clergy for institutional use by churches, not for personal use or commercial sale (DeHamel & British Museums, 1992).

Block printing is another example of early printing techniques; an individual who was printing a text using this style would first carve what they wanted to print onto a block of wood and the wood block would be pressed against the desired surface to create the printed page. This method dates to before the time of Christ, where it was practiced on silk in China (Valentine, 2012). The development that led to a print revolution in Europe is the introduction of a movable-type printing press, developed by German businessman and goldsmith Johann Gutenberg in 1455 (Valentine, 2012). Gutenberg’s printing press revolutionized printing thanks to the use of mechanical movable type, which used small movable letters to create pages that could then be pressed with the printing press to create a printed page (University of Minnesota Libraries, n.d.). The Bible was the first book ever printed with this machine; it was printed in Latin and 180 copies of “The Gutenberg Bible” were made, mostly on paper with few being printed on vellum (University of Minnesota Libraries, n.d.). This invention made print books cheaper and more plentiful and would pave the way for movements such as the Renaissance, the Enlightenment, and the Scientific Revolution (Museum of the Bible, 2016).

Printing in the New World

Printing in the American Colonies would come swiftly after European contact in 1620; it is significant to note, however, that printing existed in North America prior to the European contact. In Mexico City in 1539, the first press was sponsored by Mexico’s first bishop, Juan de Zumarraga, but faced its own set of unique challenges (Valentine, 2012). The first printing shop was erected at Harvard College in the year 1640 by Elizabeth Glover, wife of Puritan Minister Jose Glover (Ireland, 2012). Jose Glover was very invested in the development of the college and establishing a printing office, even going as far as to procure all the essentials needed to start a printing office. Regrettably, he would perish from smallpox on his second trip across the Atlantic (McMurtrie, 1943). In his stead, Elizabeth oversaw the development of the print shop. Some of the first printings to come from the Harvard Print Shop include The Freeman’s Oath, The Bay Psalm Book, and An Almanac for 1639, calculated for New England (McMurtrie, 1943).

Printing was a way of bringing a little piece of home with you when living in a strange new place, as well as a way of keeping up with recent literary and scientific developments back in Europe (McMurtrie, 1943). Printing in America would soon become a bustling industry just as it had been in Europe and printing provided an outlet for the colonists to express their opinions and ideas freely (Films for the Humanities & Sciences, Films Media Group, and Planet Pictures, 1997). Printing sparked an interest in education and more people than ever became interested in education and literacy (Valentine, 2012); newspapers were in high demand and many new newspapers were developed during this time that would cater to the level of literacy of their audience. The methods of printing would stay largely unchanged until 1800 with the invention of steam-powered printing presses during the Industrial Revolution. These machines increased the output of printed materials and removed the need for the traditional hand presses (Films for the Humanities & Sciences, Films Media Group, and Planet Pictures, 1997).

The Industrial Revolution changed printing practices forever. The continued advancement of printing technology meant that pages could be turned out at a faster rate than ever before and paper became significantly cheaper to make with the transition from linen rags to wood pulp and other varied materials. The next major technological advancement in the history of printing came in 1873 with the invention of the typewriter. Invented by Christopher Latham Sholes, the first units (later renamed “The Remington”) would hit the market in 1874 and were distributed by the famous gun makers E. Remington & Sons (Typewriter, 2014). Other advancements made during this time include the linotype and the monotype, machines that removed the need for machine operators to hand-set pieces of movable type to create printed pages. These typesetting machines would only be replaced by modern computers (Valentine, 2012). Publication became a huge business during the 19th and 20th centuries with new publication types coming out frequently; the first comic book was published in 1933, book reviews began to appear in journals and newspapers as early as the 19th century, and advancements such as audiobooks, large-print books, and books printed in braille provided even more ways for readers to have access to needed information (Valentine, 2012).

The practice of human communication and book publishing has come a long way since the time of the early humans over 40,000 years ago. Today, there is a way for just about everyone to enjoy great works of literature. To learn more about the history of the book, check out our research guide on the history of the book or ask a librarian!

Library of Congress. (n.d.). The vvhole booke of Psalmes faithfully translated into English metre. Whereunto is prefixed a discourse declaring not only the lawfullnes, but also the necessity of the heavenly ordinance of singing Scripture Psalmes in the churches of God [Image]. Library of Congress. https://www.loc.gov/resource/rbc0001.2008amimp02405/?sp=4

Valentine, P. M. (2012). A social history of books and libraries from cuneiform to bytes. The Scarecrow Press, Inc.