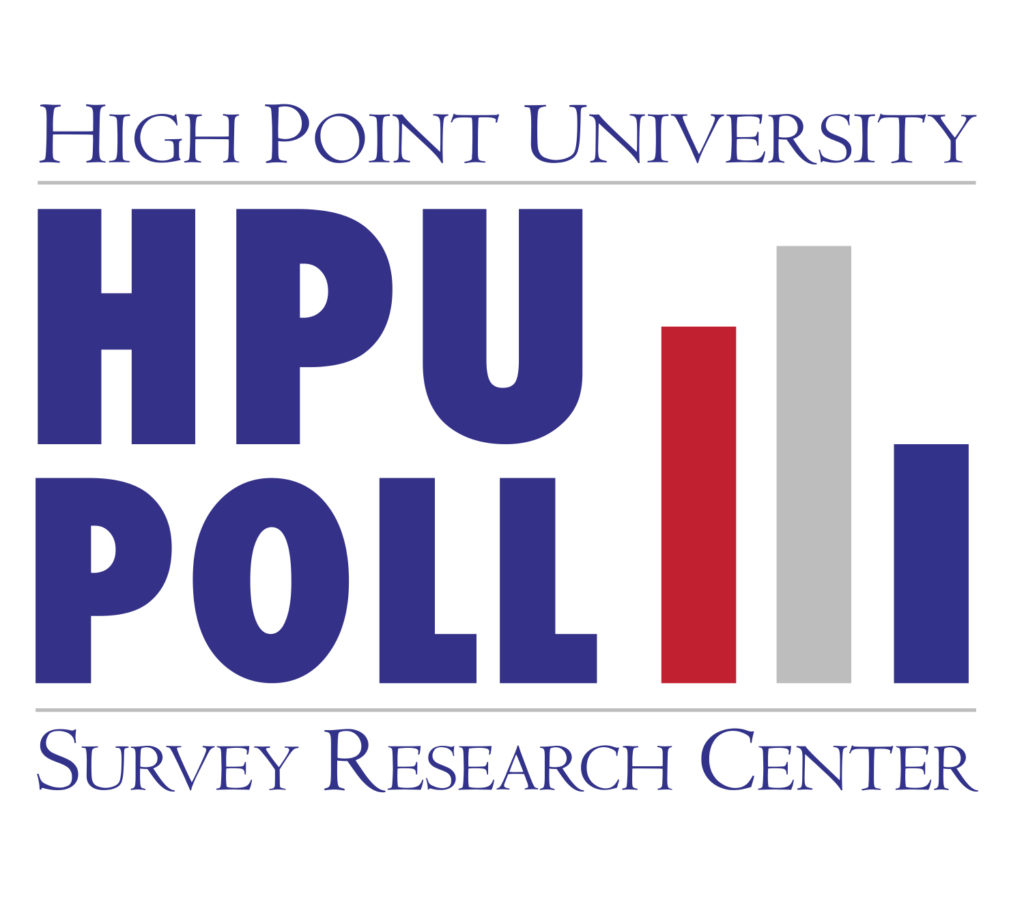 HIGH POINT, N.C., Feb. 9, 2021 – A new High Point University Poll finds adults in North Carolina give President Joe Biden a job approval rating of 51% with approximately one-third (32%) of North Carolina residents saying they disapprove of the job Biden is doing as president. Of that same data, 17% did not offer an opinion either way.

The same HPU Poll respondents give Gov. Roy Cooper a job approval rating of 52% with 31% saying they disapprove. Seventeen percent did not offer an opinion either way. The HPU Poll also reports favorability ratings for the president and former president, U.S. Senators for North Carolina, and North Carolina governor, as well as other major party leaders.

For the North Carolina governor and lieutenant governor, the favorable/unfavorable findings were 49%/32% for Cooper and 17%/18% for newly-elected Mark Robinson, for whom almost two-thirds (65%) of respondents did not offer an opinion.

As for the current and former presidents, the approval/disapproval findings were 32%/55% for Donald Trump, and 52%/34% for Biden. Former Vice President Mike Pence receives favorable/unfavorable ratings of 38%/40%, and newly-elected Vice President Kamala Harris has ratings of 46%/38%.

“The most recent HPU Poll asked North Carolina residents to rate major elected officials at the start of this new, post-election season,” says Brian McDonald, associate director of the HPU Poll and adjunct instructor. “These ratings give us insight into how North Carolinians are seeing their elected officials as they begin to work toward their policy goals for the year.”

Now I am going read a list of people. For each one, please tell me whether your overall opinion of that person is favorable or unfavorable. If you have never heard of this person, you should say so

The most recent HPU Poll was fielded by live interviewers at the High Point University Survey Research Center calling on Jan. 22 through Feb. 4, 2021 and an online survey fielded at the same time. The responses from a sample of all North Carolina counties came from 917 adults interviewed online (800 respondents) as well as landline or cellular telephones (117 respondents). The Survey Research Center contracted with dynata, formerly Research Now SSI: https://www.dynata.com/ to acquire these samples, and fielded the online survey using the SRC’s Qualtrics platform. This is a combined sample of live phone interviews and online interviews. The online sampling is from a panel of respondents, so their participation does not adhere to usual assumptions associated with random selection. Therefore, it is not appropriate to assign a classical margin of sampling error for the results. In this case, the SRC provides a credibility interval of plus or minus 3.4 percentage points to account for a traditional 95% confidence interval for the estimates (plus or minus 3.2 percentage points) and a design effect of 1.1 (based on the weighting). The data is weighted toward population estimates for age, gender, and race/ethnicity based on U.S. Census numbers for North Carolina. Factors such as question wording and other methodological choices in conducting survey research can introduce additional error into the findings of opinion polls. Details from this survey are available at http://www.highpoint.edu/src/files/2021/02/78memoA.pdf