Are you an aspiring business leader or entrepreneur? Philosophy majors perform better than business majors in MBA program entrance exams (the GMAT).

Business Skills You Learn with Philosophy

Philosophy Majors score 15% better than business majors on GMAT, to get into MBA programs after graduation. Phil majors ranks only second to Math majors! 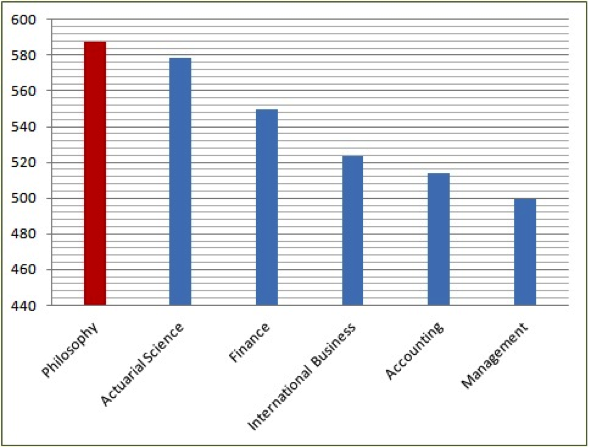 Business Leaders with Majored in Philosophy

Philosophy majors consistently surpass all other majors on the verbal and analytic writing portions of the GRE: the Graduate Record Examination that most graduate programs require prospective students take for entrance and funding.  Phil majors tend to score extremely high on the quantitative portion as well. 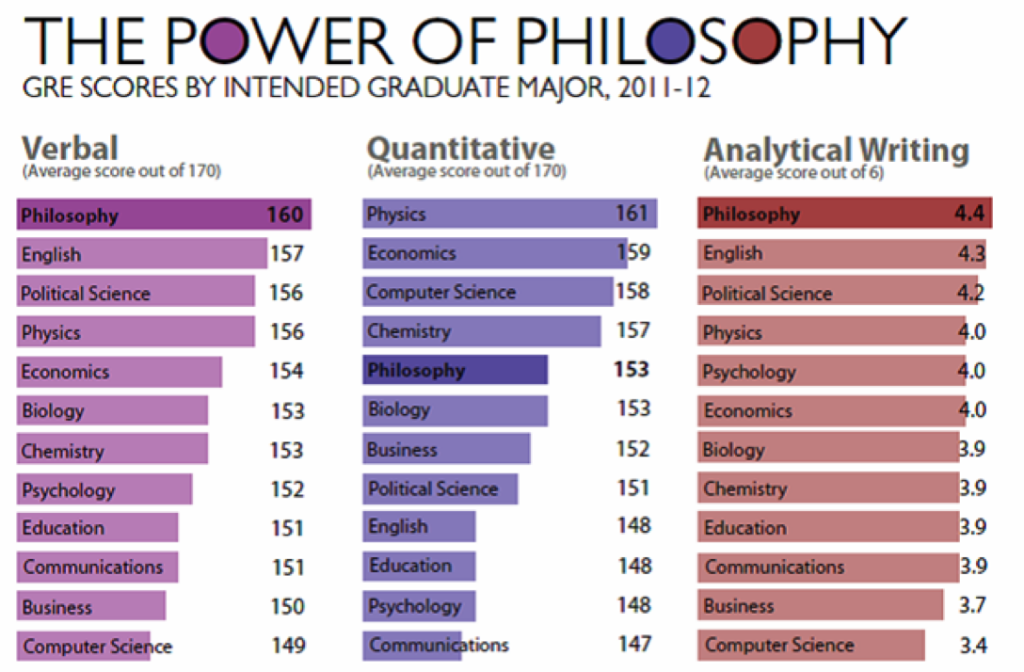 Let’s face it: Socrates was the first attorney. And ever since, Philosophy has been a rigorous field of argumentation, critical analysis, reasoned articulation, and effective communication. Philosophy as a major provides the essential skills to succeed in the legal field. 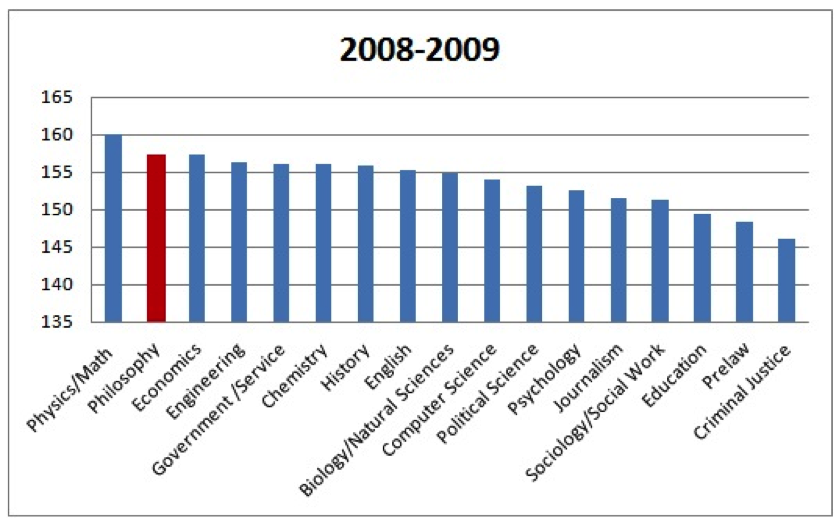 Majors with the Highest Acceptance Rate Into Law School (2001)

Are you an aspiring doctor? Philosophy majors score better than any other humanities major on the MCAT: the test that determines the medical program into which a student is accepted.

Philosophy majors score better than biology majors on the MCAT!

According to the American Medical Student Association:

Philosophy majors have the HIGHEST medical school acceptance rate of all majors at over 50 percent.