Click here download the official app for High Point University! Keep up with campus resources and events. You can create custom schedules and to-do lists, as well as connect with other students. 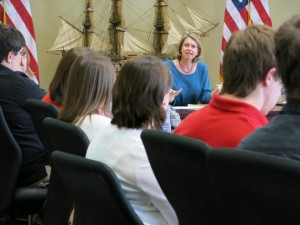 This annual series brings a noted U.S. historian to HPU to work with students on the practice of history. Speakers typically discuss an aspect of their research in a small seminar with students and deliver a public lecture. Previous guests have included Professors Beth Bailey (Temple University), Megan Kate Nelson (Brown University), Michael Willrich (Brandeis University) and Karin Wulf (College of William and Mary). 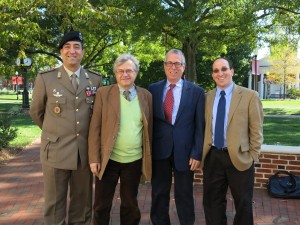 Named for Gunther E. Rothenberg, a world-renowned military historian who authored scores of books and articles on a wide range of military history, this seminar is a tribute to Rothenberg’s scholarship and dedication to the field of military history. The HPU Department of History sponsors the annual seminar, which offers a different theme each year and features a host of leading scholars who present their most recent research and latest interpretations. Previous speakers have included Professors J.D. Avenel, Jeremy Black, Robert Citino and Huw Davies. 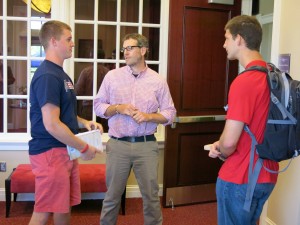 Each year, the department sponsors a public lecture by a specialist whose work examines historical and contemporary security issues and topics related to the nature of terror in the modern world. Previous speakers have included noted media commentator on global terrorism, Walid Phares, Peter Pham of the Atlantic Council, Khairi Abaza of the Foundation for Defense of Democracies, best-selling author Kevin Maurer and Professor Geoffrey Wawro of the University of North Texas. 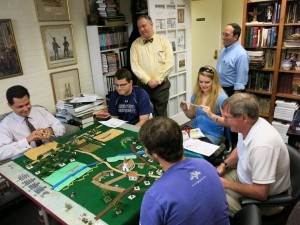 The Department also frequently hosts additional programs for students and the community.

Each year, the department partners with Winston-Salem’s Bookmarks festival to bring a noted historical author to campus. In the past few years, we have had the pleasure of hearing Karen Abbott, author of Liar, Temptress, Soldier, Spy: Four Women Undercover in the Civil War and Kevin Maurer, author of No Easy Day: The Firsthand Account of the Mission That Killed Osama Bin Laden.

In 2015, we hosted the annual meeting of the Consortium on the Revolutionary Era, which brought more than one hundred historians and scholars to HPU.

In 2014, we hosted “To Make the World Safe for Democracy? Diversity in the First World War,” a symposium held in connection with the centennial of the war’s outbreak. 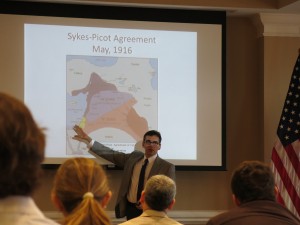