Congratulations to Chasen Jeffries, a member of HPU’s Class of 2019, published the article “Spartan Austerity and Bribery” in the Columbia Journal of Undergraduate History. 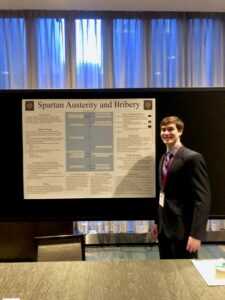 After graduating with a B.A. in History and International Relations, Kristen Schapowal went on to obtain her Master’s degree in International Affairs with a specialization in Security Studies and Middle Eastern Studies from The George Washington University (GWU) in Washington, DC.  Kristen’s Capstone Thesis explored Iranian political narratives, specifically through the social media application, Twitter, and how those narratives may or may not shape public opinion within Iran.

During her time at GWU, Kristen worked as a research assistant for the Institute for Middle East Studies, held a summer internship with the Bureau of Near East Affairs at the U.S. Department of State, and was accepted into the U.S. Department of State Pathways Internship Program.  Upon successful completion of her Master’s program, Kristen was able to convert into a full-time civil service position at the Department of State.
Kristen currently works as a Country Officer in the Bureau of Consular Affairs- Overseas Citizen Services.  She specializes in the Middle East and Africa, and she develops and implements policies and practices to promote the welfare and safety of children involved in international parental child abduction. Kristen works directly with foreign governments and U.S. Embassies and Consulates overseas to aid parents who apply for assistance, under provisions of the Hague Convention on Child Abduction, in locating and obtaining the return of, or access to, their children. 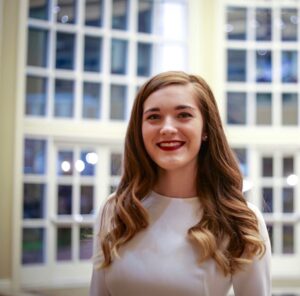 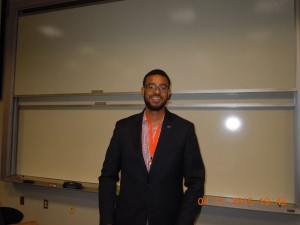 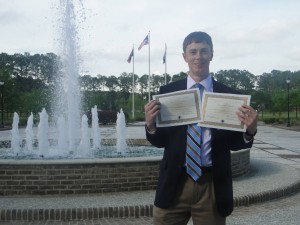 It is almost as if Gabrielle Granger was born to study history. Growing up in colonial Williamsburg, she developed an early interest in history and loved hearing her grandparents’ stories about the past and reading history books with her dad. She even masqueraded as Rosie the Riveter for Halloween one year. The thought of studying anything else, she says, never crossed her mind. 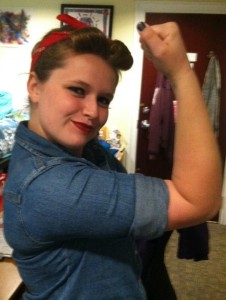 When she came to HPU, Granger found what she describes as her second home. “I can’t count the number of times I have just popped into professors’ offices to say hello and chat with them,” Granger says. “I always love walking with my professors after class too, just talking more in-depth about some of the topics we covered in class.” In spring 2015, Granger took the opportunity to study history in a more in-depth and up close manner by participating in a Semester at Sea program. Although her main concentration in history classes has been in U.S. history, visiting so many historical locations around the world has shown Granger how interconnected the United States is with the world. 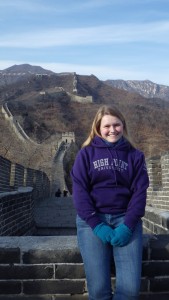 After graduating in spring 2017, Granger plans to become a high school history teacher and share her passion for history with her students, possibly even inspiring them to set out on their own historical adventures.

Andrew Jansen believes that history connects people, whether they are in his hometown of Lexington, Ky., High Point, N.C. or in Seville, Spain, where he studied abroad in spring 2015. In each of these places, Jansen enjoys making connections and bringing history to life. 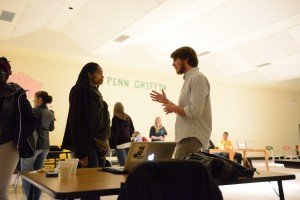 As part of the History Detectives course in fall 2014, he interviewed former students who attended the local segregated William Penn High School. Hearing their stories, Jansen says, allowed him to experience history in person and to gain a new perspective on local history. He gained a worldwide perspective on history when he studied abroad in Spain. Studying abroad was one of the best decisions he has ever made, Jansen says because it brought history to life outside the classroom. While enjoying a picnic in the royal palace where Ferdinand and Isabel lived or traveling to see the Dachau Concentration Camp, Jansen surrounded himself by history. 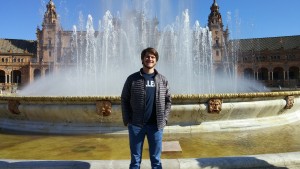 Jansen plans to become a teacher and study at the graduate level, enriched with a unique perspective on the connections between local and global history.

Nashville, Tenn. native, Lindsey Queener, came to HPU in the fall of 2008 as a Religion major and only registered for her Western Civilization course begrudgingly. By the end of the course, she had decided to pick up history as a second major.  “History enriched my study of religion (and vice versa),” Queener says, “and better informed my understanding of and ability to think critically about the present.”

After graduating in 2012, Queener earned a Masters of Arts in Theological Studies at Boston University, where she drew upon her background in history to augment her studies of religiously charged conflicts and post-conflict zones. Since completing her graduate studies, she has continued to utilize her studies in history in her work at Facing History and Ourselves, an educational nonprofit that provides curriculum and professional development for teachers. Focused primarily on providing educators with the tools to encourage students to consider the historical development of genocide and racism, Facing History and Ourselves bridges Queener’s studies in history and religion nicely. 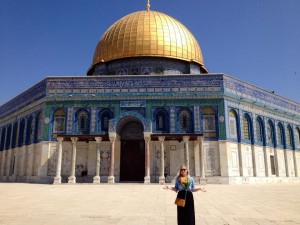 Additionally, Queener believes her studies in history helped prepare her for life beyond the workplace. “Majoring in history taught me how to think critically, evaluate situations and problem-solve,” she says. Studying history gave her a solid foundation of skills and taught her to gather evidence, analyze, write well and persuade with authority. Perhaps most importantly though, Queener insists that “studying history and connecting what we learn about the past to our present lives is invaluable.” And it all began with one required history course.

Chicago native Tom Nora had never stepped foot in North Carolina, but the enthusiasm and academic reputation of the HPU history department drew him here to study for his Masters of Arts in History. Once in the program, Nora enjoyed what he describes as the department’s ‘jovial camaraderie.’ “Every time I visited any faculty member’s office,” he explains, “another professor was bound to stop by at some point to say hello. Frequently the resulting conversation would attract additional students or professors to join.”

In addition to providing a welcoming environment, the department also prepared Nora to work on his Ph.D. at the University of Hull in the United Kingdom. Faculty in the department helped Nora sharpen his research skills and encouraged him to “dive into the deep end of history,” he notes, while also introducing him to his Ph.D. advisor, whom he met at the annual Rothenberg Seminar. 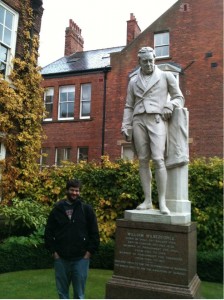 Despite the department’s relatively small size, Nora found that HPU’s faculty and graduate students represented a diverse set of specialties, yet remained closely-knit, bound by mutual respect and admiration for history’s many branches. Nora would like to help create this kind of department in his own career and hopes to teach at a university like HPU, which encourages faculty to continue their academic research while sharing their knowledge in smaller classroom settings.