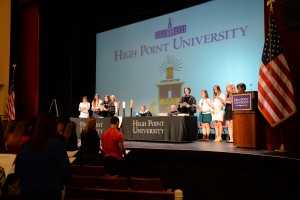 Founded in the spring of 1924 at the University of Illinois by Dean Maria Leonard, Alpha Lambda Delta is a national honor society that recognizes and encourages academic excellence among first-year students. Today, Alpha Lambda Delta has over 270 chapters throughout the United States and more than 850,000 students have been initiated into membership since the first chapter was started over 90 years ago.

Membership in Alpha Lambda Delta is open to full-time freshmen students who earn a scholastic average of 3.5 or higher and 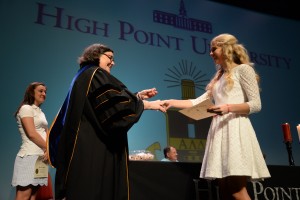 rank in the top 20% of their class at a four-year college or university.

“I am proud that my school is taking part of this national organization because I believe that it will impact incoming students throughout the years,” says chapter president Gina Botsko. “As soon as freshmen step onto this campus, they will have a goal to reach by the end of their first semester. I believe the presence of ALD at HPU will inspire our students, both those attempting to attain membership of ALD and those within the membership already, to push themselves academically.”

High Point University’s charter members have taken an oath to continue to “maintain high scholarship and to use my education for the benefit of my  community, my nation, and the world in which we live.” 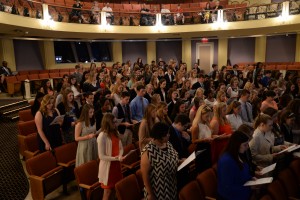