Our engaging and challenging program guides students to develop the necessary tools to make an immediate impact in the professional world. First-year majors begin to develop these skills in the major’s introductory seminars, which emphasize how political scientists think about and propose solutions to important social, economic and political problems. As they advance through the degree, majors choose from an intriguing mix of courses on the American political system, international politics and the research methods that social scientists use to explain and change the world around them. During their final year, all majors complete a capstone experience that involves either a semester-long political internship or substantial research project, which they publicly present at a symposium. Our curriculum provides flexibility for students to complete a second major, foreign study or internship with political campaigns, interest groups or elected officials.

Why should I major in political science at HPU?

What can I do with this major?

Our alumni go on to highly competitive graduate and law schools. They build successful careers in a wide range of areas including, electoral and advocacy campaigns, government service, legal affairs, policy analysis and other fields that require well-honed leadership, critical thinking and communication skills. Students with degrees in political science can enter careers such as:

There are more than 100 campus clubs and organizations to get involved in. Some pertaining to political science interests include:

What Can You Do with a Political Science Degree?

Our alumni have gone on to distinguish themselves in numerous other fields by becoming urban planners, communications directors, military officers, intelligence professionals, professors and leaders in many other fields.

In most years, around half of our department’s graduates have chosen to continue their professional training in either law school or masters and doctoral programs that specialize in campaign management, law, economics, foreign affairs, public policy, international business, history or political science. Our curriculum prepares graduates to flourish in even the most demanding of graduate programs by helping them to build first-rate writing, research and analytical skills.

“HPU provided so many opportunities for me to get involved on campus as early as my freshmen year. Not only was I a member of clubs and organizations, but I was given the chance to serve on executive boards as well. Founding a nationally recognized business fraternity my freshman year taught me leadership and communication skills that have proven to be invaluable. All the while, I had professors at HPU who were always cheering me on and pushing me to be my best.”

“High Point’s liberal arts approach was really helpful for me finding my path. I came here as an education major, but had a change of heart early on. This university provided space for me to explore possibilities. I thought I would like a career in politics and I was given the connections to get an internship with a United States Senator.“

“I was able to gain the leadership and communications skills to help me in any situation that could arise in the real world, in part due to outstanding faculty and peers. They provided me with the support and encouragement to seek topics that intrigued me intellectually, and follow those interests no matter how difficult the road ahead may seem.”

Ashley Prindle, ’14 – Law school at The University of New Hampshire

“Through my coursework, the caring and supportive faculty, and my two advisors, Dr. Yanus and Dr. Ingram, who were both very knowledgeable about graduate school, I was able to achieve my goal of attending the University of New Hampshire School of law.”

“The experiential learning curriculum has given me confidence in my abilities and I know that I am ready for my next step. Also, my work as Student Government President has given me the opportunity to work on my communication and leadership skills to enforce the concepts I learned in the President’s Seminar my freshman year.”

In recent years, department alumni have enrolled in law school at:

Recent department graduates have entered graduate and professional schools across the nation, including:

The David R. Hayworth College of Arts & Sciences offers the B.A. degree in Political Science. To graduate from High Point University with this degree, students must complete the following:

Requirements for a B.A. in Political Science (36 credits)

16 credits of political science courses outside of the classes taken to meet the requirements listed above.

General elective coursework may include independent study coursework, special topic classes, and a maximum of four credits in the Student Intern Program if the student is not using internship hours to meet other major requirements.

Other Requirements: Majors are required to take at least three courses at the 3000-level or higher; at least one class must be at the 4000-level.

Students will be advised in electing additional courses that will complement their career goals. 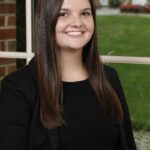 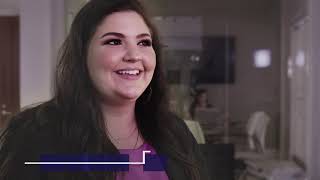